"Karelia" again in the fighting ranks 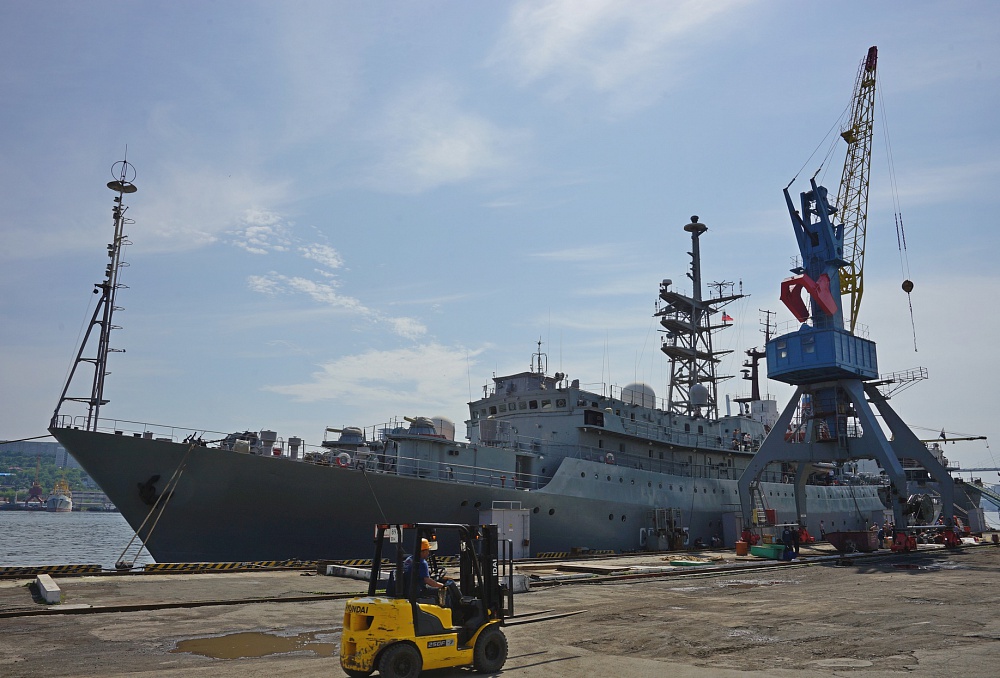 JSC "Center of ship repair "Dalzavod" has completed factory sea trials medium reconnaissance vehicle (SRZK) "Karelia" that July 20 will be transferred to the Pacific fleet after complete renovation and modernization. The company, which operates in the structure of the far Eastern center of shipbuilding and ship repair (dtsss), all complex of works on restoration of technical readiness of the ship.

Program sea trials completed successfully. On the sea checked the main power plant of the ship, the main components and mechanisms, navigation equipment and communications, - said the Executive Director of JSC "Center of ship repair "Dalzavod" Igor Evdokimov. – Thanks to the efforts of Dalzavod, the ship returned to the combat strength of the Pacific fleet with the extension of the turnaround time for 5 years.

Note that SRZK "Karelia" has more than 10 years contained in conservation and from January 2014, the company initiated a comprehensive renovation and modernization. In the process of restoration of technical readiness was completed repair of the main engine, all components and mechanisms, equipped with modern navigation equipment and communications equipment. Factory workers made the repair of all residential and office areas of the ship, significantly improved living conditions of the crew. In the process of repair works, as well as on the BBC "Oslabya", transferred to the fleet this spring, used modern polymeric coating and painting technology.

Solemn ceremony of transfer of the ship will be held July 20 on the 33rd pier, when the Pacific fleet will be transferred to another warship - the new Corvette "Perfect" project 20380.

According to plans of naval forces "Karelia" to the Day of Navy of Russia will participate in the Naval parade in the Amur Bay.